skip to main | skip to sidebar

We are on high ground here, near the Lickey Hills, so snow is still piled up outside the door. Hasn’t reached Maine levels but at my time of life I’m loathe to struggle out and risk slipping on the ice. A few weeks ago I suffered a bad dental experience as well as a suspected damaged spleen and was feeling sorry for myself. So, I started what I told myself I wouldn’t do: write my 13th book. It’s a way of taking yourself away from the physical present, allowing writers to not only inhabit a dreamlike world, explore another time and exotic countries, but also to tackle issues which need highlighting in today’s world.  So, laptop at the ready, using ancient touch-typing skills learned a hundred years ago, I explored a topic and places I haven’t written about before. What spurred me on was watching a documentary on TV. Sometimes in life, there’s a previously-unexplored situation, involving people who are relatively unknown but who have performed miracles. Time they were acknowledged.  So, let the snow fall.  I’m busy…

There’s been much in the news about increasing numbers of migrants crossing the Channel from France - 1000 in a single day earlier this month. And yet, a century ago my own paternal grandfather, fleeing murderous pogroms in Lithuania, was thankfully welcomed into the UK. An important point here, therefore, is that the migrants crossing from France, unlike my grandfather, were already in a safe country (France) so the question is: why? For anyone who’s read Pensioners in Paradis (see right), it’s obvious. Unlike Britain, France is a country which relies on bureaucracy. It’s essential today for all French residents to have ID (to show the police), a carte de sejour and a carte vitale (to secure health services), but they are very difficult to obtain. It took us ages. Without such essentials, everything’s closed to you. Also, during Covid lockdown, you couldn’t leave the house in France without a completed police form stating where you were going and why.  In contrast, here in Britain there’s no ID, no health card, nor right-to-live-here documentation. So, is it any wonder that migrants who are already in a safe country risk life and limb to cross the Channel from France?
Posted by Olga Swan at 08:28 No comments:

A big chill is coming. The last members of the Glasgow Cop26 knees-up have now departed on their private jets. “The end of coal is in sight,” said Alok Sharma. But 2 countries were notable by their absence. China and Russia. The coal declaration was not signed by the top 3 coal consumers: China, India and the US, who account for 70% of global CO2 emissions. Hypocrisy everywhere. The US was observed liaising with the UAE to increase oil production. Meantime the UK’s push to instal solar panels ignores the fact that China produce them using coal! And if the UK continues to discourage BP, Shell etc from investing in more oil and gas, from where are we going to source such commodities that the public demand? Russia and Saudi Arabia! So, our hard won economic stability is being transferred eastwards. And me? Yes, there is global warming; yes, man is contributing CO2 into the atmosphere; but I believe the major cause of global warming is the regular (every billion years or so) planetary shift, which in the past caused the Ice Age. I suspect it’s already starting to shift the Gulf Stream, as our weather’s getting like Maine. Warm summers, and heavy snow is forecast….

Explosions still reverberated outside last night, live explosives inexplicably freely sold to the general public here. Fitting really, as we watched the first two episodes of Valley of Tears on channel More4, the magnificent Israeli drama about the 6 day war. For once I didn’t mind the subtitles, the story was so compelling. It even included actual footage of General Dayan and PM Golda Meir as they broadcast to the nation during the 1967 hostilities. It took my mind back to why I included a chapter about the conflict in The Meleke Stone. As fictional Dov Cohen says to his men on the eve of war: “Israelis only ever fight when attacked. We’re not interested in aggression unless sorely provoked. All our people have ever wanted is to be left in peace on our own tiny bit of land. But today, as usual, yet another aggressor’s on the horizon proclaiming aloud their sole intention to annihilate us.”  A question to the rest of the world: what would your country do if continually attacked by a consortium of surrounding states, vowing your extinction? Well, after WWII and being herded silently to the gas chambers by yet another enemy, there’s only one thing the Israelis can do: stand up, be strong and - when attacked - fight back to defend themselves.

Today representatives from every nation on earth have jetted to Glasgow, in the wake of enormous fuel emissions, for a climate conference where they all agree that man is totally to blame for global warming. Yet, climatology is complex. When I was born in 1947 England, December saw snow piled high and people skated on rivers. Scientists then warned of a new ice age. But that couldn’t be blamed on industry because most CO2 emissions then were small. And what caused the ice age billions of years ago, long before man? Most believe that the causes were the movement of continents and volcanism. So, as world leaders jet in, smug like children that there’s only one reason for today’s climate change, ask them what caused the ice age before man and industry appeared on earth? None can answer. What then should they debate today? Forget dismantling all of the improvements introduced during the industrial revolution and discuss how to move people away from danger areas like coasts, rivers, volcanoes etc and build/renovate all buildings on climate-resistant sticks, high above the ground.

Watching the Carol Drinkwater programme A Year in Provence brought it all back. As described in my best-selling, comic memoir Pensioners in Paradis (click image on the right), there’s a lot to be said for living in France - not least the sunshine and le bien manger. But, and it’s a big but, I learned some painful lessons over the 12 years we lived there. Don’t confuse capital from the sale of your UK house with income. Don’t expect to earn enough to live on, especially from renting out a gîte. It’s very hard work, soul-destroying and relentless. Don’t create an English clique. It’s not a holiday club but the rest of your life. Even if you speak the language fluently, in general the French won’t warm to you and rarely invite you into their homes. By nature, the French are fermé (closed). If you’re a pensioner,  think carefully whether you wish to be buried there, where few will visit your grave. Returning to the UK takes a lot of energy and effort, so if you think this is likely at some point, or if one of you suddenly becomes disabled/in a wheelchair, do it whilst you’re still fit enough. Carol Drinkwater married a rich Frenchman, instantly integrating her and removing most of the obstacles. Most of us don’t and suffer the consequences. 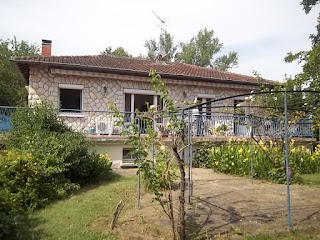 As promised, the main points of the speech I made at the book launch of The Meleke Stone:

“As a writer I have to deal with many questions. The most common is How do you write a novel? My answer: write about what you know. That way it comes over as more realistic. As I started to write The Meleke Stone, therefore, my thoughts flew back to when we used to attend a synagogue in Toulouse. One day after the service, a male congregant came over and asked me why I wrote in the name of Olga Swan. Wanting to impress him I said that the name was an anagram of my late brother (A. Olswang): my way of remembering him. But there was a pause before the man asked me how long I’d lived in France. I was puzzled but told him. He then said Don’t you yet know that the name Olga here means a lady of ill repute, a streetwalker! I was shocked. Maybe I should have called myself EL James instead. I already have 50 shades of grey in my hair! Back home in Birmingham, there were more questions. How did I choose my current book cover? Local bookshops seem to stock a plethora of wartime novels, all featuring scenes of rubble plus a young, attractive girl wearing - for some strange reason - a red, expensive coat, looking far too clean for the surroundings and make-up that’s far too modern for the era depicted. I’m pretty sure they didn’t have liquid eyeliner in the war. So I didn’t want such an unrealistic image on my cover. Then I thought Well, my story’s about Israel so maybe I should use an image of Jerusalem, but the cover ended up looking like a glossy travel brochure. So, in the end, I thought ‘less is more’ so I chose an image of a wall of meleke stone representing Herod’s Temple, with two ancient keys with Roman heads. The subheading pointed the way to the storyline: Survival is the eternal key. I didn’t want to write an academic non-fiction book because I wanted to interest the ordinary reader - so it had to be a novel. My challenge was to counter antisemitism by writing an enthralling story but wrapped around the real, true historical facts about the Jewish people and the land of Israel. I’d like to now read a few pages from the start of the novel. A bomb has just exploded in a Toulouse synagogue and Moshe, a Holocaust survivor, is on his way there unaware of what’s going to happen….

Before this lady of ill-repute bows out, thank you everyone and (turning to my good friend Graham Stone) ‘Graham, perhaps you should call your future granddaughter Anna Meleke - then she will be A MELEKE STONE! 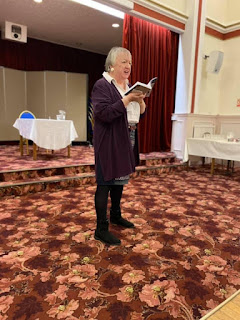 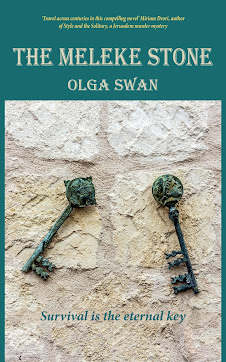 A bomb in a Toulouse synagogue sets off a train of events, crossing centuries and continents 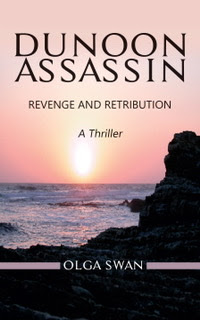 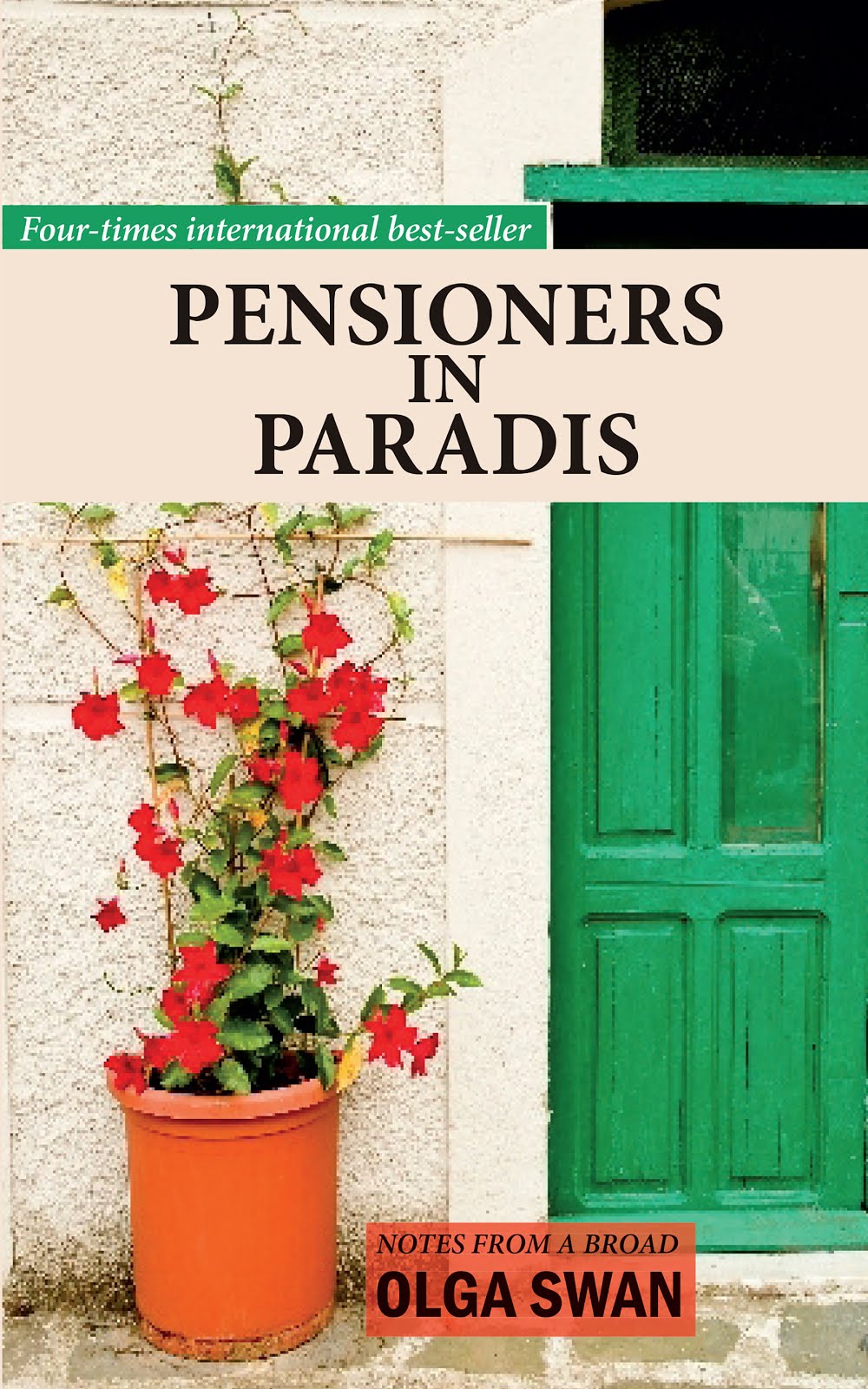 An Englishwoman in America Ed 2 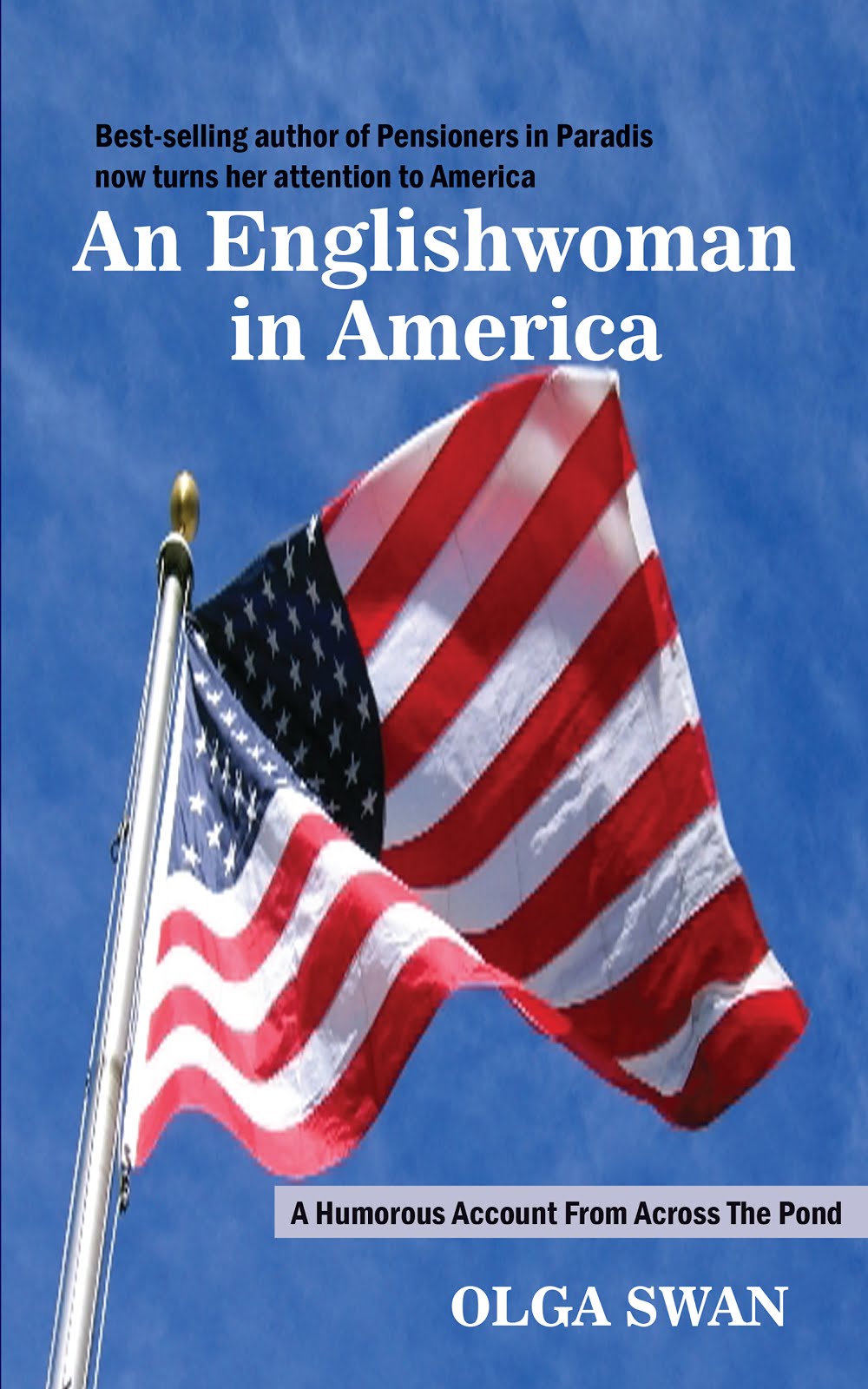 AN ENGLISHWOMAN IN AMERICA

Now available in paperback too! Click on image to buy.

Book 1 in the David Klein war-reporter series. STOP PRESS. NOW AVAILABLE IN PAPERBACK. Click on the picture and buy from wherever you live.

Just click on the picture to buy it worldwide from amazon, barnesandnoble, smashwords, kobo, ibooks worldwide. Click on the icon above and buy! 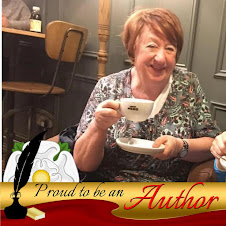 Singing in the rain